Monday was a beautiful day. Since we canceled the trip to Boothbay, the next leg of our journey was just 20 miles down the coast to Newburyport, which meant we’d finally have a liesurely day.

We went out for breakfast back at Salt and enjoyed some outstanding food.

After adding 100 gallons of diesel at Wentworth, we headed up the coast into Portsmouth for a little tour.

We spent over an hour passing through downtown Portsmouth and up by the refinery.

After the tour, we went north along the Kittery coast until I found a promising anchorage at someplace called Raynes Cove.

It was very peaceful and quite scenic…

​​
The flatbreads Rudy and I ordered Sunday night at Salt turned out to be 12″ pizzas and we had more than one entire pie left.

I tested out Vigilant’s convection oven and heated them up for lunch.

We made the run down the coast in under an hour and checked into the Newburyport Harbor Marina. It was my first docking on a river with a strong current and it took me three tries to make it.

We took a little tour of Newburyport and really loved the downtown area. Lots of high end shops you won’t find anywhere else and plenty of restaurants. 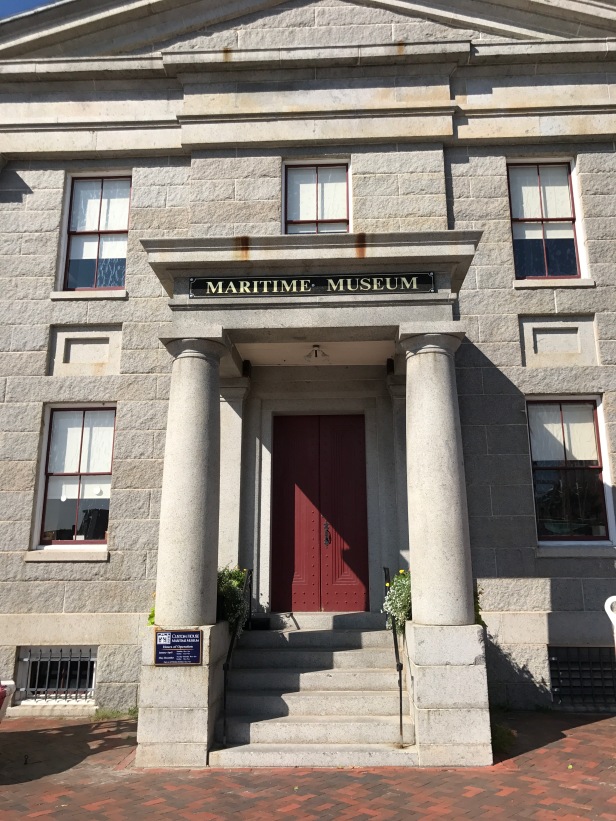 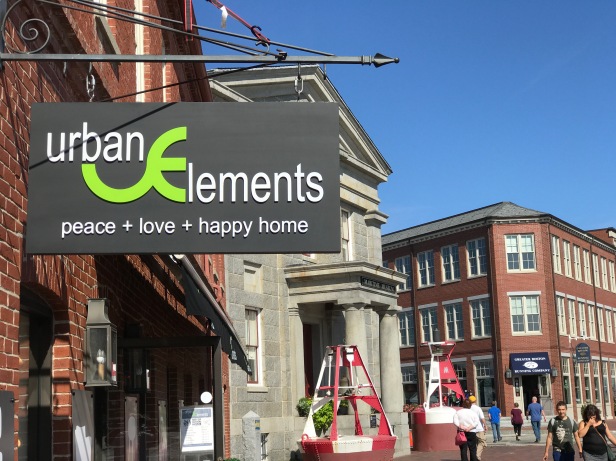 A Tropical Storms a Coming

I haven’t been watching much TV on our trip, but I did hear something about a hurricane forming down the south Atlantic that could mess up our trip from Plymouth home on Wednesday.

As I was checking my weather apps, I remembered that I’d met Chelsea Priest – the WLNE Providence Meteorologist in Block Island with my nephew Danny.

I texted Danny and got her cell phone number. I asked her for her best call on the storm. At 5:00 NOAA did their storm update and it didn’t look good. 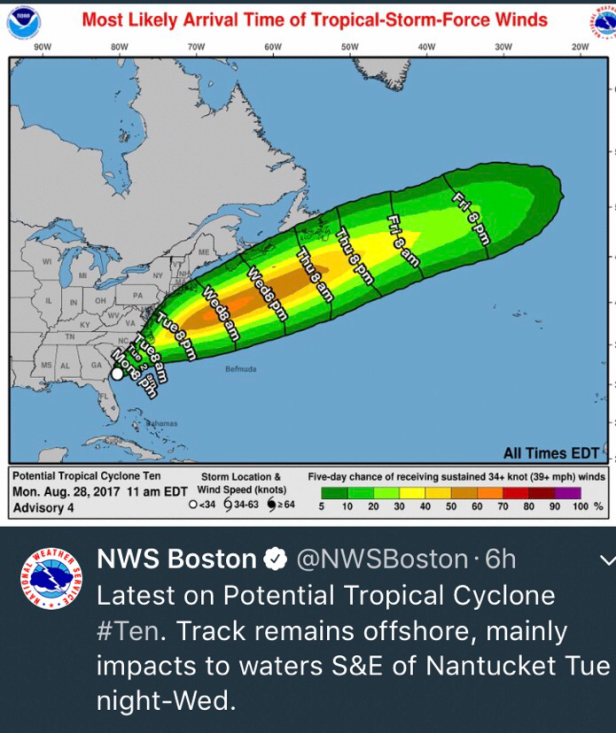 We had a quick crew meeting and decided to make the 110 mile trip home on Tuesday.

With our early return settled, we headed downtown for dinner. I had booked Brine because I wanted oysters and it was ranked #4 on yelp.

The food was excellent. I started with the Fiddlers Cove Oysters with a mignonette and a white habenero cream sauce. 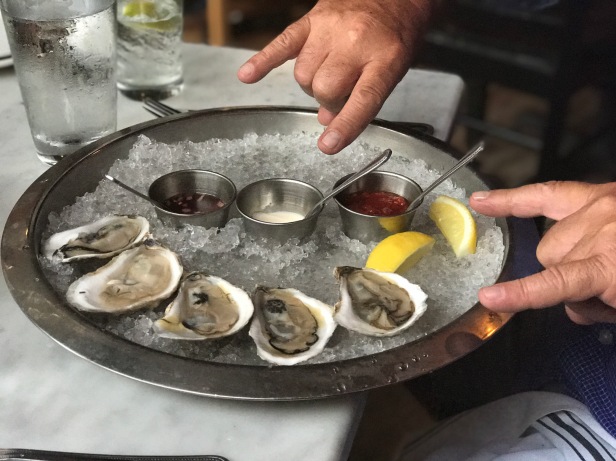 Rudy and I both had their signature small plate which featured a perfectly oval poached egg surrounded by 5 fried oysters and bacon – a perfect dish that you won’t find anywhere else.

​​
It’s been a great little journey. We saw a lot of cool places and learned a lot about changing plans on the fly.

Next trip will be Nantucket next Wednesday (weather permitting)…