There are plenty of ports all over the world with crazy weather, but I can state categorically that Buzzards Bay and Vineyard Sound represent a unique climate challenge that one seldom finds anywhere else in New England.

Growing up on Buzzards Bay and boating in our 12′ dory or the 15′ Thunderbird, we simply “toughed it up” and slogged through whatever the bay threw our way. We were young, fearless, and quite frankly, I have little memories of bad weather days.

In the late 1970’s we moved into the world of deep keel sailboats with the 25′ Banana Split and 35′ Aquarius. With that, we discovered Buzzards Bay’s true sweet spot – sailing in a a steady 20 knot wind. The only problem was that the wind blew Southwest 60% of the time and Southeast 30%, so your daysailing destinations were rather limited.

The year 2000 was very good for the Horne Family and I decided to buy a boat to use when we were back east for summer vacation. I recalled growing up amidst Mako 22’s and 19′ Aquasports, so I foolishly assumed a boat that size would take us anywhere in Buzzards Bay.

Accordingly, when I ordered a 26′ Boston Whaler Outrage from Larry Russo, I never even considered that it might not be enough boat – man was I wrong (see my story about our first trip to Oaks Bluff – Does Anyone Know Where The Love Of God Goes When the Waves Turn The Minutes to Hours?)

Back then, the only way to know if the weather would be good enough to head to the islands was to wait until 11:00 AM and check the wind. If it was blowing 15 knots or more at 11:00 you could expect the bay to be snotty all day.

In 2008, after years of frustration with getting to the Islands in the Whaler, we stepped up to The Mean Kitty — our 33′ Hydraports. Kitty could plow through 5 footers, but not without much drama. She was a center console, so I had to maintain a speed of about 30 mph to keep everyone dry. This was not a problem for my guests who were seasoned ocean boaters, but many a landlubber left the boat pale white after flying home wave-to-wave.

The other thing that showed up in the later 2000’s was online weather sites. The first I discovered was the NOAA website and it offered up the Holy Grail – daily wind and sea forecasts. 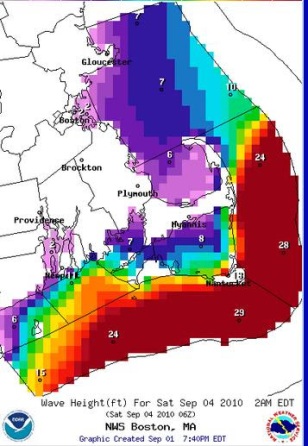 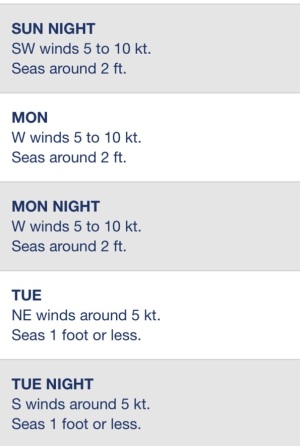 These two screenshots tell “the tale of two cities” for Buzzards Bay. The left is a wave forecast for a crazy Labor Day Weekend and the one on the right is for a rather benign 4th of July Weekend.

I still use these applications, but now they’re apps on my iPhone and iPad. I love the 5 day view and combined with the new shorter marina cancellation policies thanks to Dockwa, one can now book a slip and cancel if the forecast turns foul.

As good as the NOAA Marine forecast is, it’s still only as good as it’s accuracy. If I have to cover a lot of miles, I’ll start earlier or leave later. Sometimes it’s nice to “calibrate” the wind and wave forecast for the day by triangulating with other sources. 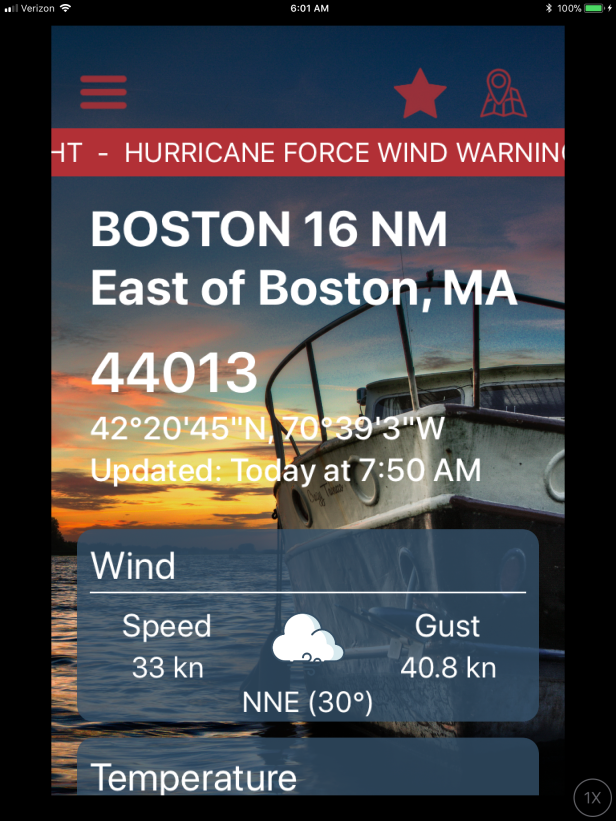 Some of the buoys also report wave heights, but I find that they tend to understate the actual size of the waves… 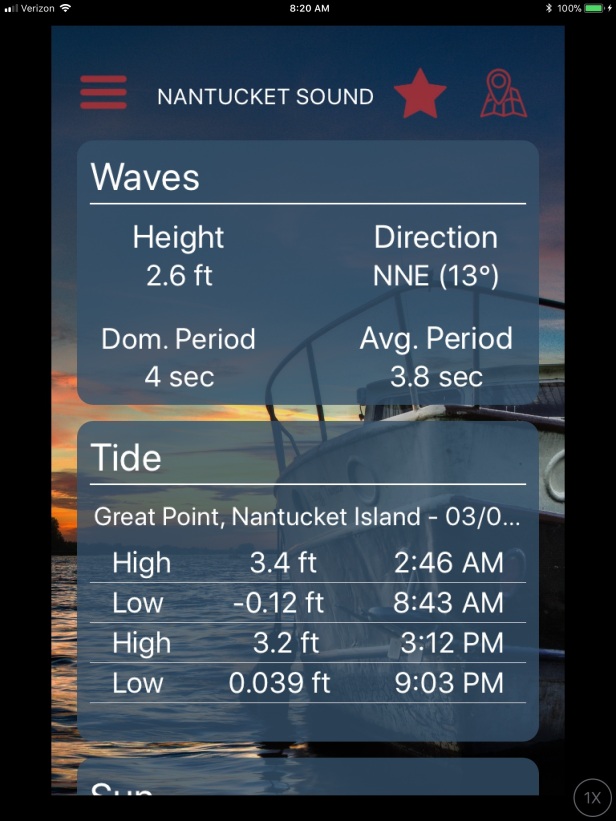 When The Winds A’changing

Last summer I added one more key app to my weather forecasting arsenal. It’s another NOAA app called NOAA Radar. The beauty of this app is that gives me a timeline forecast of wind speed and wind direction. 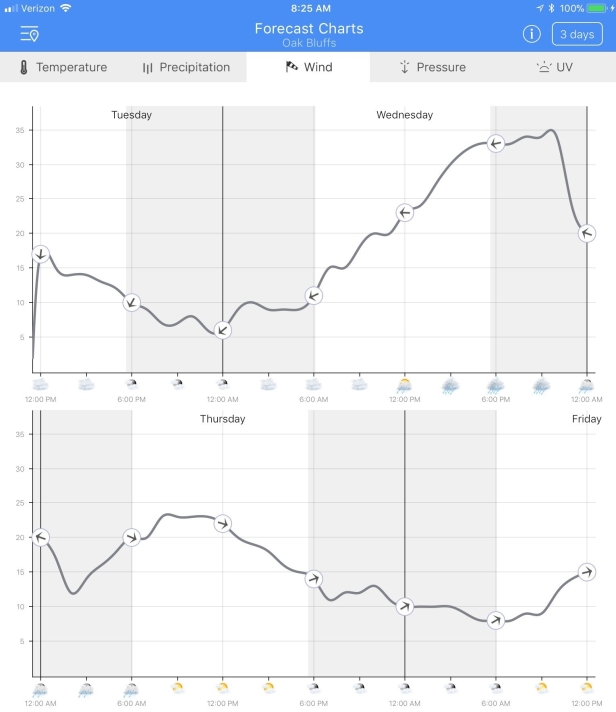 Not only does this give me a good idea of what the wind will be doing in the next few hours or days, but it also gives me another data point to triangulate with the Buoycast or Marine Weather forecasts.

It’s probably no coincidence that since I adopted these apps in my trip planning process, I’ve yet to get stuck somewhere or caught in a squall. Are they perfect? Of course not, but they’re good enough to get you where you want to go.

As I write this, the east coast is cleaning up after Riley – a major Northeaster packing hurricane winds and record tidal storm surge. Thanks to friends and Facebook, I captured a few incredible photos I’d like to share…

2 thoughts on “You Don’t Need a Weatherman to Know Which Way The Wind Blows!”