Our quest for preseason seaside eating and free Dock and Dine continued Friday when we visited Falmouth for a little late Cinco De Mayo with our favorite yacht broker – Joyce Richards of Boston Yacht Sales. 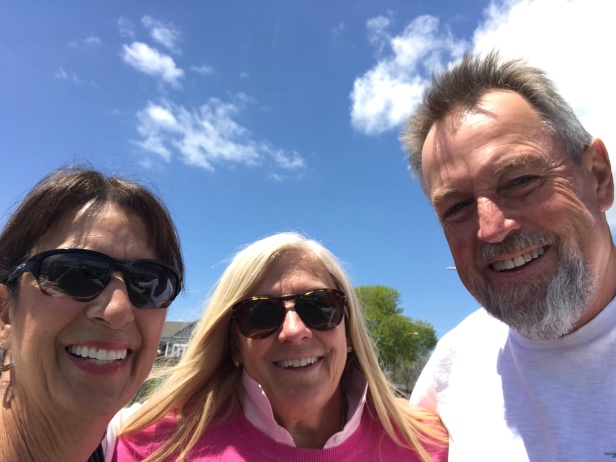 Falmouth was one of the first Dock and Dine reports I ever did, but Friday was the first visit in our largest boat – Vigilant. The free dockage is at the very end of the harbor – practically in the parking lot!

I never measured the total dock length, but considering Vigilant is over 47′ long, I’d guess 300′ minimum.

I used the Garmin ForeVu as well as my regular depth sounder to show everyone exactly how much water is at this dock at very low tide.

I have no idea how the town maintains this great depth so close to shore. I researched “dredging Falmouth” and all that came up was some story about Falmouth England!

Ochenta is Spanish for the number 11, as in May 11th – Friday’s date. Like all great food and drink holidays, why only celebrate Cinco De Mayo for one day?

As previously reported, Anejo is one of my favorite Mexican restaurants anywhere, so we never even hit yelp to find another spot for lunch.

The La Casa (Spanish for The House) Margarita could be the best house version anywhere for $10. No cheap tequila here – Patron included.

I’m generally a creative eater, but given the unique approach Anejo takes in constructing their individual Carnitas Nacho’s, I ordered them again.

Both Joyce and Mrs. Horne ordered the Quesadilla which was large, loaded with salty cheese and served with a great Pico de Gallo. 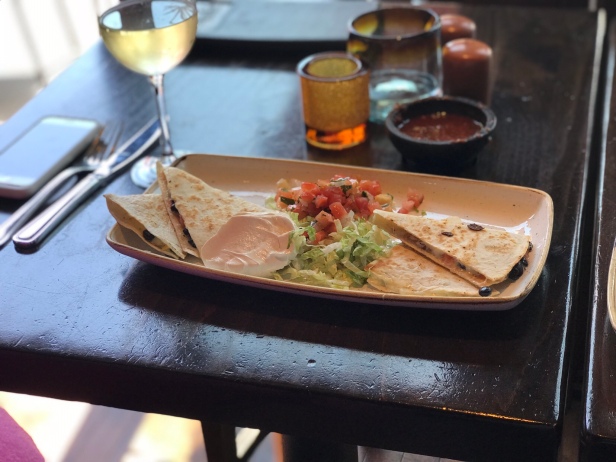 Although Anejo is downtown and not on the water, it offers a great spot to people watch or even sit outside Al Fresco style.

On the way out I noticed that my favorite Vineyard Haven shops – LeRoux, has a location right next door. Normally we’d dive in for some shopping, but Friday I just snapped a few pics. 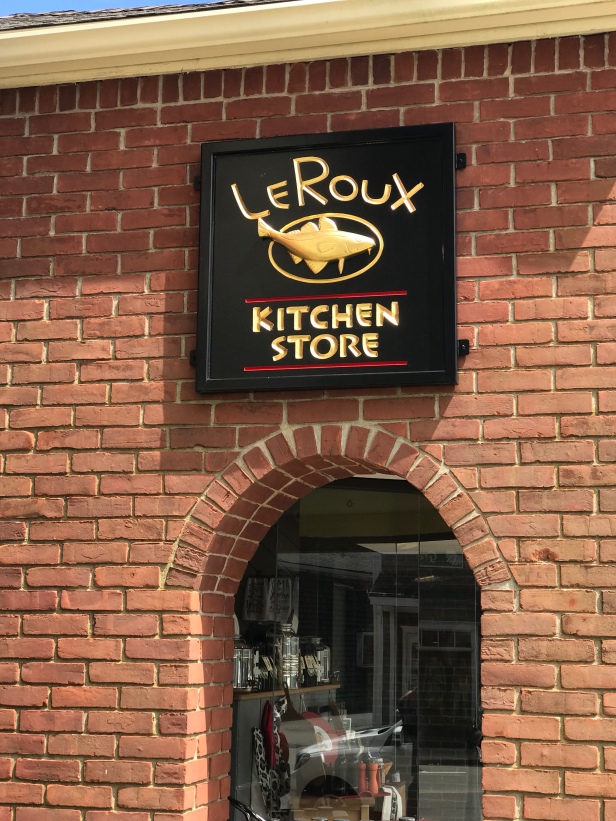 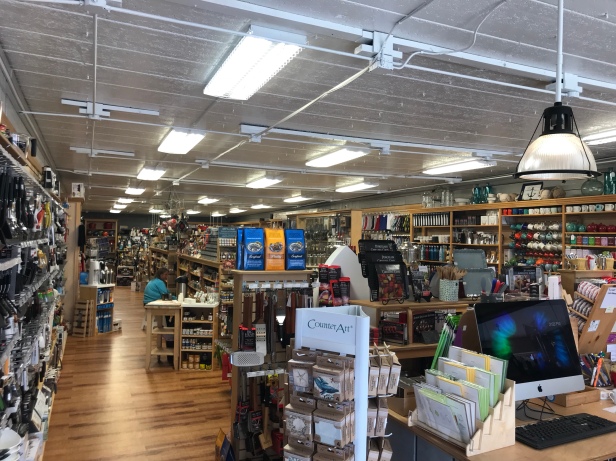 Back at the boat, Joyce insisted that I get out my guitar and do a couple of songs (Mrs. Horne said “one”!) After one (Wagon Wheel), Joyce insisted on another so I did the Vigilant National Anthem – “It’s 5:00 Somewhere”…

The harbor is so intimate that I ended up entertaining workers and other boaters who gave me a nice little applause when I finished.

After a Margarita, Mrs. Horne started talking to Joyce about driving boats. They concluded she should learn and on the way home she took the helm. 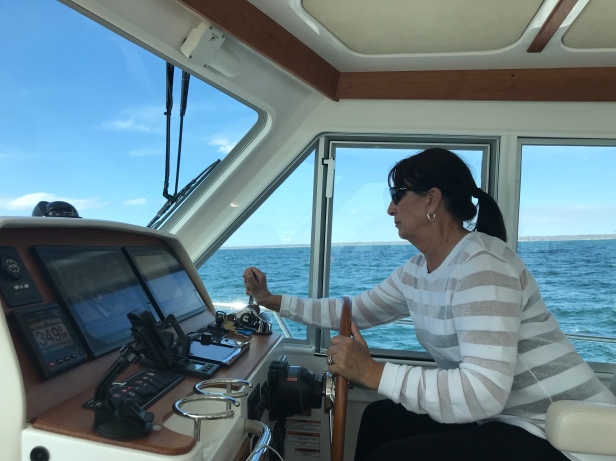 She did a few figure eights at different speeds and sizes. I had her get a feel for how little the helm responds at low speeds and we moved on to using the thrusters. 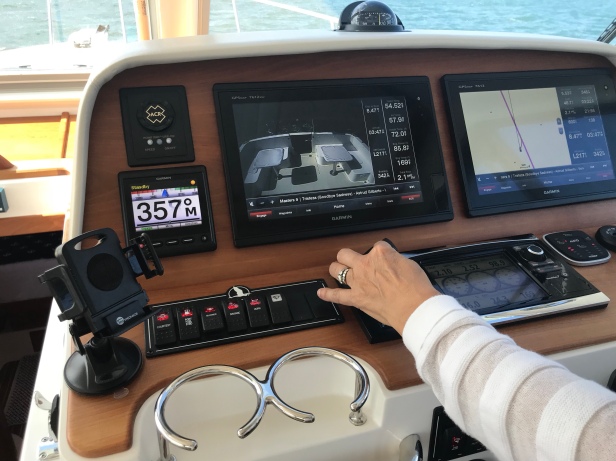 At this point Mrs. Horne said “can I bring the boat into the slip?”

To which I said “maybe another time” – thus assuring this Ochenta De Mayo ended happily ever after!

One thought on “Falmouth Friday”